Science refers to the process by which objective truth is pursued. The scientific interests of Radio JOVE are in learning and investigating the natural phenomena associated with the radio waves coming from Jupiter (i.e., its magnetosphere), the Sun (i.e., various solar activities), and our Milky Galaxy (e.g., the Galactic radio background). By investigating how the interplanetary medium (IPM) and the ionosphere affect the propagation of radio waves from celestial sources, we can also study how the IPM and the ionosphere may behave under different space weather conditions.

Our Sun emits radiation over a very wide range of the electromagnetic spectrum. At the decametric wavelengths used for Radio JOVE it emits strong bursts. These solar radio bursts are stronger than but not as predictable as Jupiter radio noise storms. They are more likely to occur when there are sunspots on the visible face of the Sun. Individual solar bursts usually last for about half a minute. Often there is a rapid onset in signal strength followed by a slow decay.

For this equipment the strongest available natural radio source is the Sun and it is a good object to use for trying the radio telescope for the first time (the radio telescope's "first light"). Although many observations have been made of Solar radio bursts and we think we understand them to some extent, they still cannot be predicted in advance. They do occur most frequently during periods of high sunspot activity. This activity usually results in multiple radio storms, but not always.

As a possible first activity to get familiar with the Jove radio telescope we recommend daytime monitoring of the sun and relating the number of solar radio storms observed to the activity of sunspots measured on the Sun. A single 24-foot long dipole antenna mounted on 10-foot tall masts can be used. (The Jove kit includes wire, insulators and cables for two dipoles — both of which are needed for Jupiter).

After making solar observations you may want to step up to the challenge of receiving signals from Jupiter. Jupiter signals are more predictable but weaker than solar bursts. The Jovian decameter-wavelength radio emission varies in strength and predictability depending on which longitude of Jupiter is facing you as the observer and also where Jupiters moon Io is in its orbit. This strange behavior has been analyzed for more than 60 years, but we still dont fully understand the mechanism that causes this. Still more observations are needed to help determine how the Jupiter radio signals are affected by the Jovian environment, interplanetary space, and the Earths ionosphere. Radio Jupiter Pro software, included with a kit purchase, is used to predict when to listen. Jupiter Radio Storm Predictions are also available on the Radio JOVE Project's Data website, radiojove.org.

Since 1955, it has been known that the planet Jupiter emits radio frequency energy in episodes occurring at irregular intervals (“storms”). These occur at frequencies below about 39.5 MHz, and can be detected from Earth-based stations down to frequencies where the Earth's ionosphere blocks their reception. Jupiter has different types of radio emissions. There are short bursts, long bursts, narrow wavelength band emissions, etc. Why is this so? Again, we dont completely know but we hope to find out by acquiring more examples and discovering patterns and clues to the emission behavior. Amateur observers can help us in this process.

High speed relativistic electrons spiraling in our Milky Way galaxy's magnetic field generate radio noise that is easily detected using the Jove radio telescope. There is a constant hissing sound in the background. Anytime you listen with your Jove receiver and antenna, you will hear the galactic background noise (if your equipment is working properly). As the earth turns your antenna's pattern will sweep across the galaxy. A 24-hour record of the galactic background noise will show a gradual variation in intensity.

High up in the Earth's atmosphere is a layer of charged particles called the ionosphere which can also be a source of natural radio emissions detectable by the JOVE receiver. Depending on the emission frequency the ionosphere can also reflect manmade radio signals back to Earth such that they can be detected at long distances from their point of origin. Since this effect is of great importance for communications among widely-separated radio stations the phenomenon of reflecting radio waves from the ionosphere or transmitting waves through it has been extensively studied. Nonetheless, there are always things still to be understood concerning the ionosphere and the Earth's naturally occurring emissions as well as those from beyond Earth.

What is of interest to one group may be an annoyance to others. Some would label the emissions that "get in the way" of their studies as "interference". Those trying to study radio emissions from outside of the Earth may not be able to detect the extraterrestrial emissions if the terrestrial emissions are too strong. Lightning is an example of a naturally occurring radio emission that can overwhelm other types of radio emissions. Radio Interference can also come from power lines, cars, electric motors, lamps, power supplies, etc. That is why it is difficult to observe extraterrestrial radio sources in the middle of a city or near a strong source of interference. It is best to look for a "radio-quiet" site for a place to set up the Radio JOVE antenna. In other words, one without many nearby sources of terrestrial radio noise. 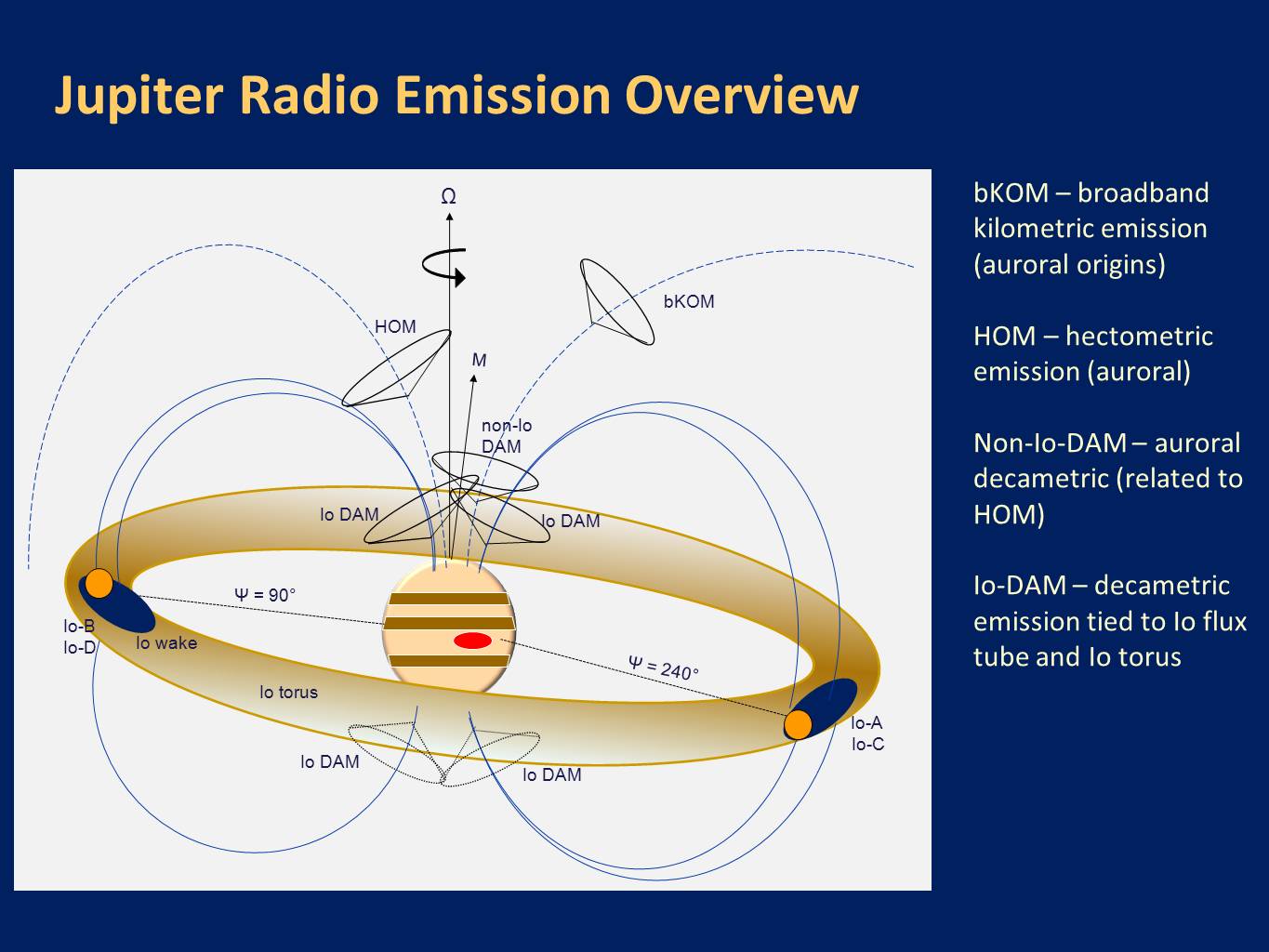